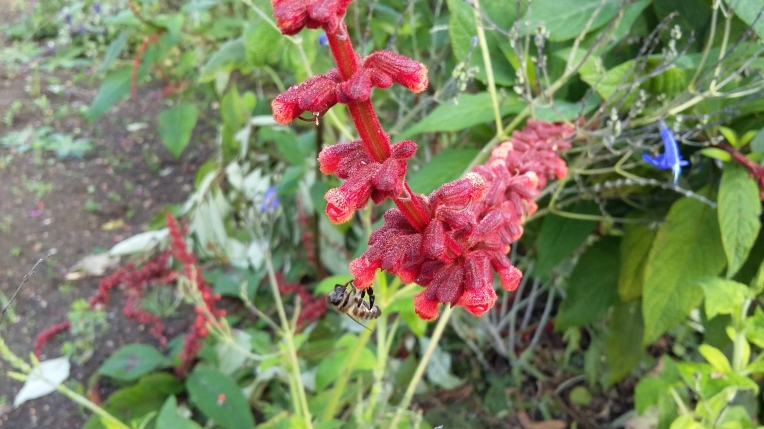 In a recent post I discussed the current debates about “pollination syndromes”, which I described as “sets of flower characteristics that have repeatedly evolved in different plant families due to the convergent selection pressures applied by some groups of pollinators”.

The authors of the Ecology Letters paper that I discussed (Rosas-Guerrero et al. 2014) have now replied to our original critique of their approach and you can read that reply (Aguilar et al. 2015) in Journal of Pollination Ecology by following this link.  Readers can make up their own minds as to whether the authors have responded adequately to our concerns, but I just briefly wanted to raise three points.

The first is that much of these authors’ response is focused on an earlier paper of ours (Ollerton et al. 2009) rather than on our critique per se.  Nick Waser, Mary Price and myself have therefore written a second response that deals with some of the misunderstandings apparent in that piece; it’s available to download here.

The second point relates to the existing literature on pollination syndromes and pollinator effectiveness used by Rosas-Guerrero et al. (2014); as we demonstrated in our critique this is clearly a biased data set that is skewed towards groups of plants with relatively large flowers, “interesting” pollination systems, and text book examples of classical pollination syndromes such as bird and bat pollination.  Researchers who study flowers and their pollinators choose their subjects based on a whole set of criteria, but random selection is not one of them.  However as far as we can judge, Aguilar et al. (2015) seem to be arguing that drawing strong, “universal” conclusions about syndromes from this highly biased data set is perfectly acceptable because of the statistical rigour of formal meta-analysis. I’d re-iterate our main point that no amount of statistical rigour and exhaustive literature searching can take into account inherent biases within the primary data (i.e. the literature itself).

Finally, Aguilar et al. (2015) claim that “human disturbance of natural habitats has caused disruptions in patterns of mutualistic interactions that may partly explain the presence of the diverse pollinator assemblages that are frequently found in pollination studies”.   It seems to us to be disingenuous to argue that pollination syndromes are universally valid and then to essentially concede that there are lots of wrong visitors (“secondary” pollinators), and to explain that with the idea that everything is disturbed in the Anthropocene.  If this is really the case then we probably need to throw out a lot of our understanding of evolutionary ecology as a whole, not just studies of plant-pollinator interactions.

Clearly we don’t accept this argument and in fact it has echoes of arguments that have been going on since the 19th century (Waser et al. 2011): more than 130 years ago the Darwinian biologist Hermann Muller was criticising Federico Delpino (one of the original architects of the idea of pollination syndromes) for ignoring the “wrong” flower visitors.  Interestingly, Delpino was a fundamentally a teleologist who saw purpose in nature, expressed through (as he perceived them) the highly ordered relationships between flowers and pollinators.

As we discuss in the Waser et al. (2011) paper, Stefan Vogel was another prominent pollination biologist, and advocate of the importance of pollination syndromes, who was also fundamentally teleological in his thinking.  I was sad to learn that Stefan passed away very recently, in what I believe is his 90th year.  I was fortunate enough to meet Stefan at a symposium in honour of his 80th birthday at the International Botanical Congress in Vienna in 2005.  He graciously signed my copy of The Role of Scent Glands in Pollination and said, with a twinkle in his eye, “you and I have probably got a lot to discuss”. Unfortunately we never got the opportunity, but later I dedicated our 2009 paper on Ceropegia pollination to him “in honour of his pioneering work on pollination” in the genus.  Stefan’s legacy of research, particularly in the tropical regions of South America, is a fitting tribute to his memory.

Pollination syndromes clearly continue to attract much interest in the scientific literature, and just this week I was intrigued to see a paper by John Benning showing that a species of Ericaceae that looks as though it “should” be pollinated by bees is actually moth pollinated.  No doubt the discussion of the evolutionary extent and predictability of pollination syndromes will continue for some time to come.

2 thoughts on “Pollination syndromes: a brief update on recent developments, and news that Stefan Vogel has passed away”