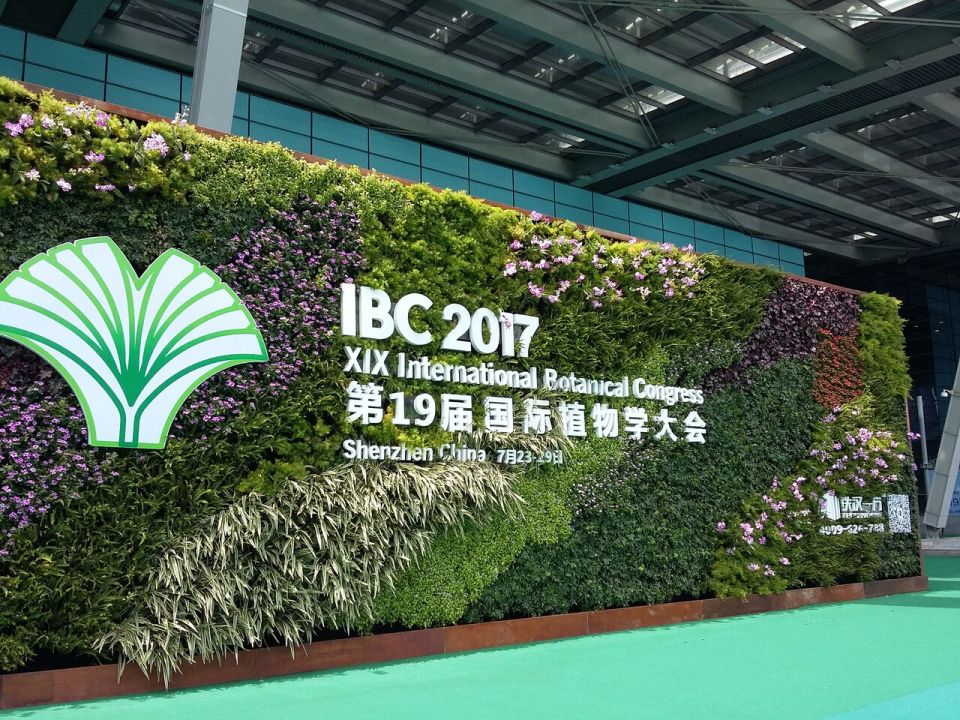 A late afternoon flight from Heathrow got me to Beijing International Airport just in time for me to enjoy a nine hour delay in my connecting flight to Shenzhen in southern China.  I finally arrived at my hotel at 2:15am, exhausted and sweaty in the 30 degree night time heat.  The one consolation is the the hotel was short of rooms so upgraded me to a suite the size of a small city, with a shower like a tropical rainstorm.  Perfect to wash off the dirt of travelling before collapsing into bed.

Why am I here and why is the hotel short of rooms?  Because 6000 scientists have descended on Shenzhen for the 19th International Botanical Congress (IBC).  The IBC is a six-yearly event that rotates around the world; I attended in 1999 in St Louis and 2005 in Vienna, but missed Melbourne in 2011.  At this IBC I’m giving two talks, one at the beginning and one at the end of the conference.  More on that later in the week.

Six thousand botanists need a big conference venue and this morning, after a late breakfast, I strolled up to the convention centre where it’s being held.  It’s enormous, the scale of the thing is overwhelming.  I wandered around whilst they were getting ready for registration opening this afternoon and took some images on my phone. 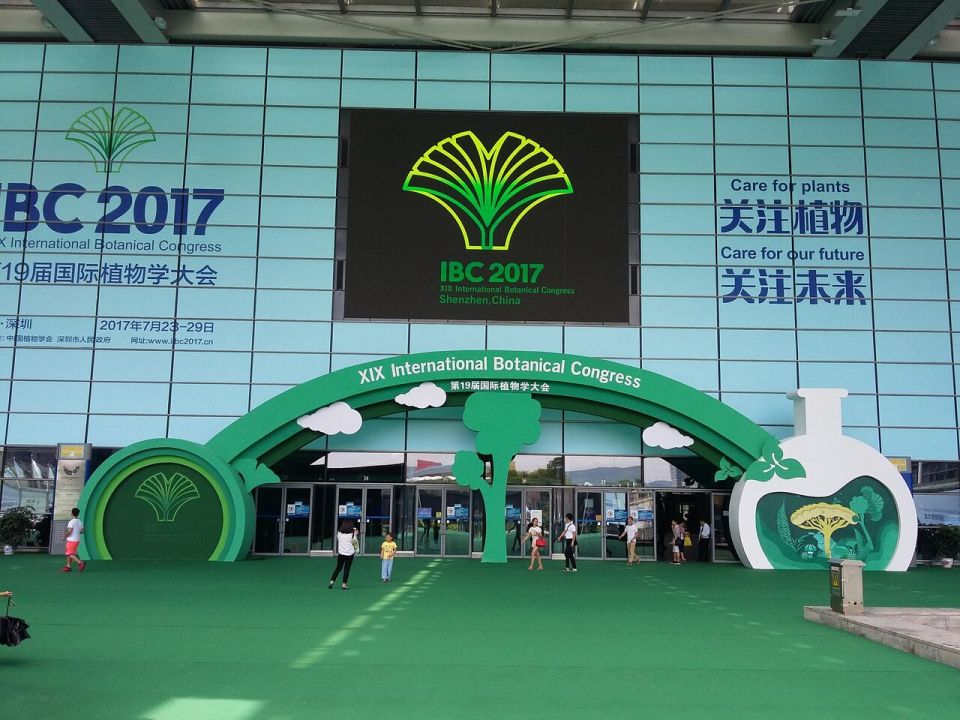 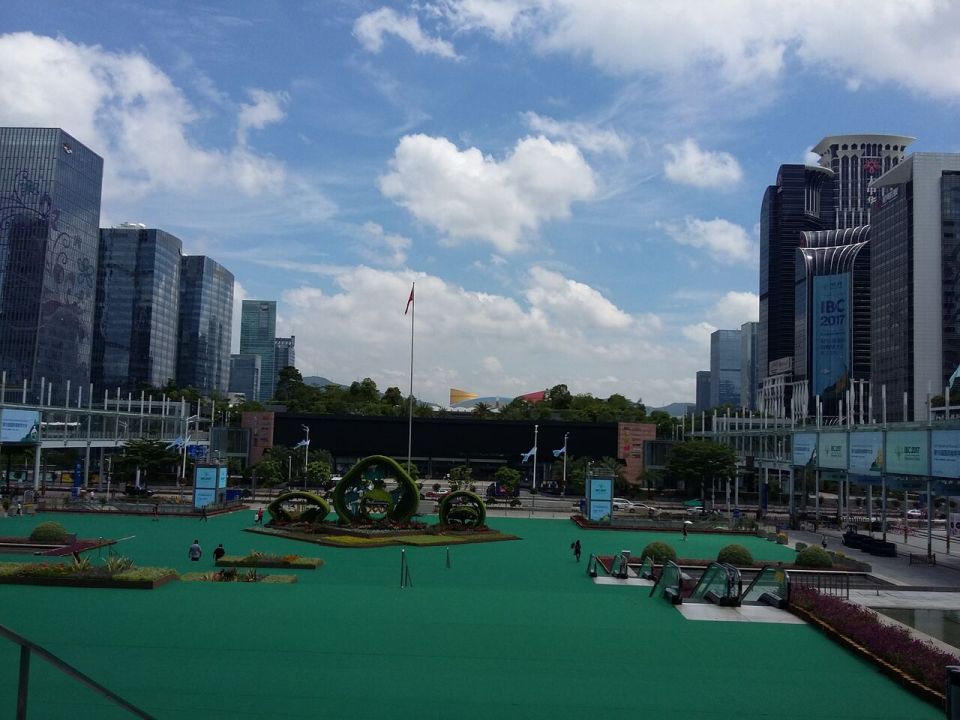 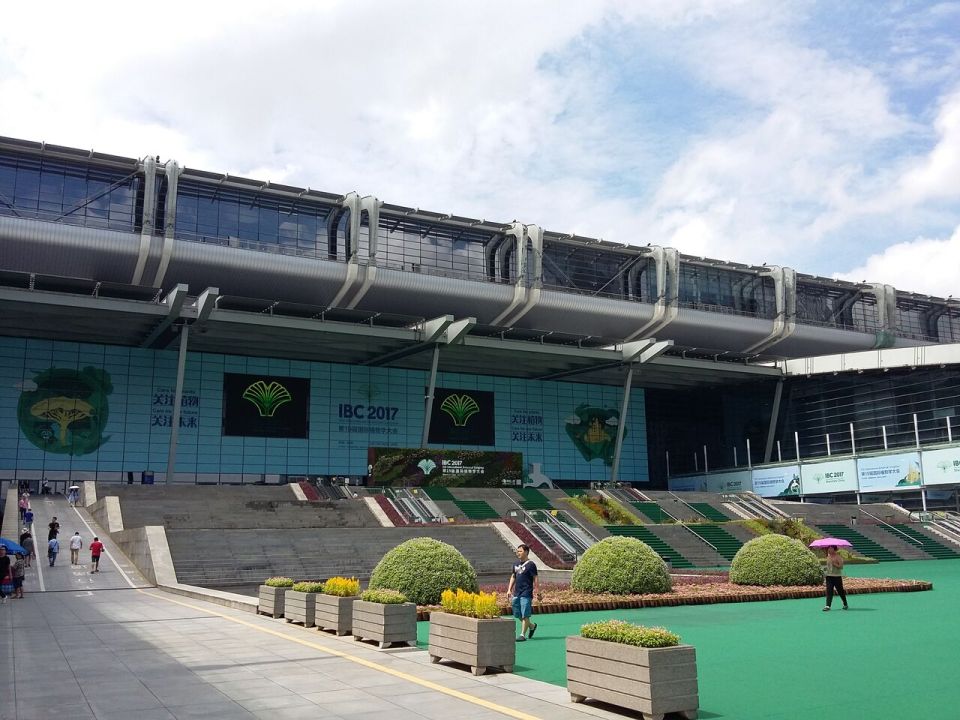 There are some fabulous displays of living plants, including this one at the main entrance: 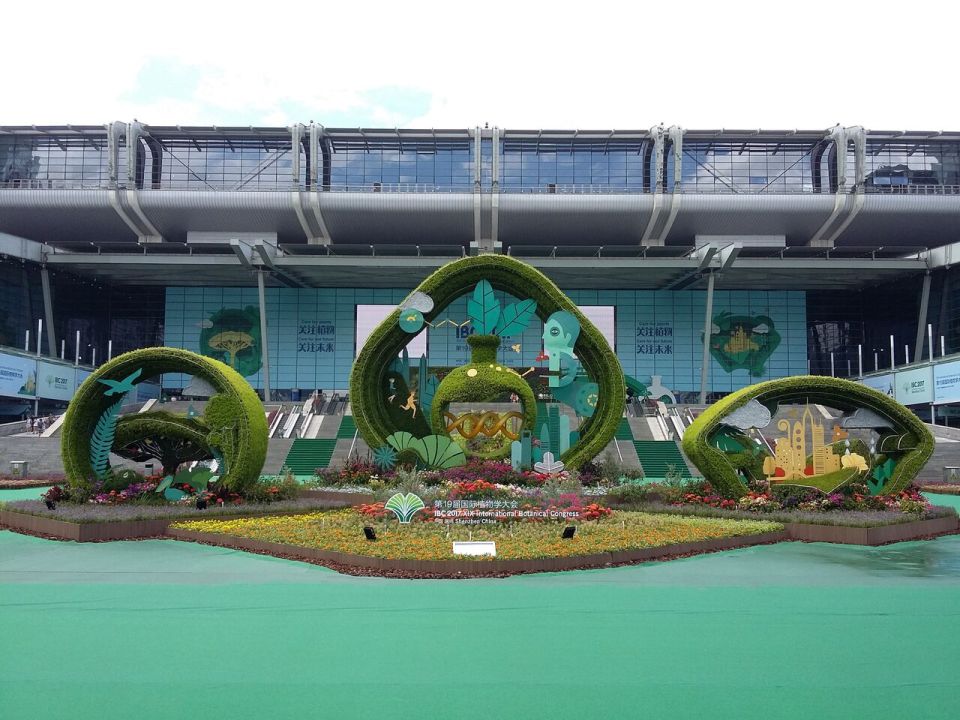 These are attracting pollinators: in 10 minutes I counted lots of honey bees, one butterfly, at least two species of wasps, and a large carpenter bee (Xylocopa sp.) visiting flowers.  I only managed to photograph the first two though: 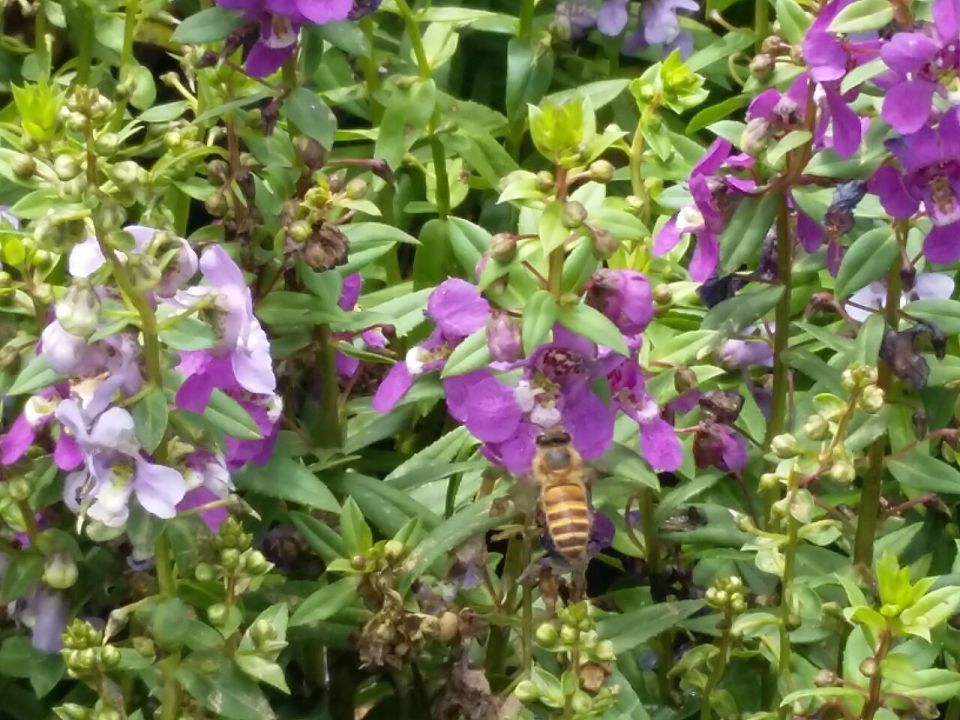 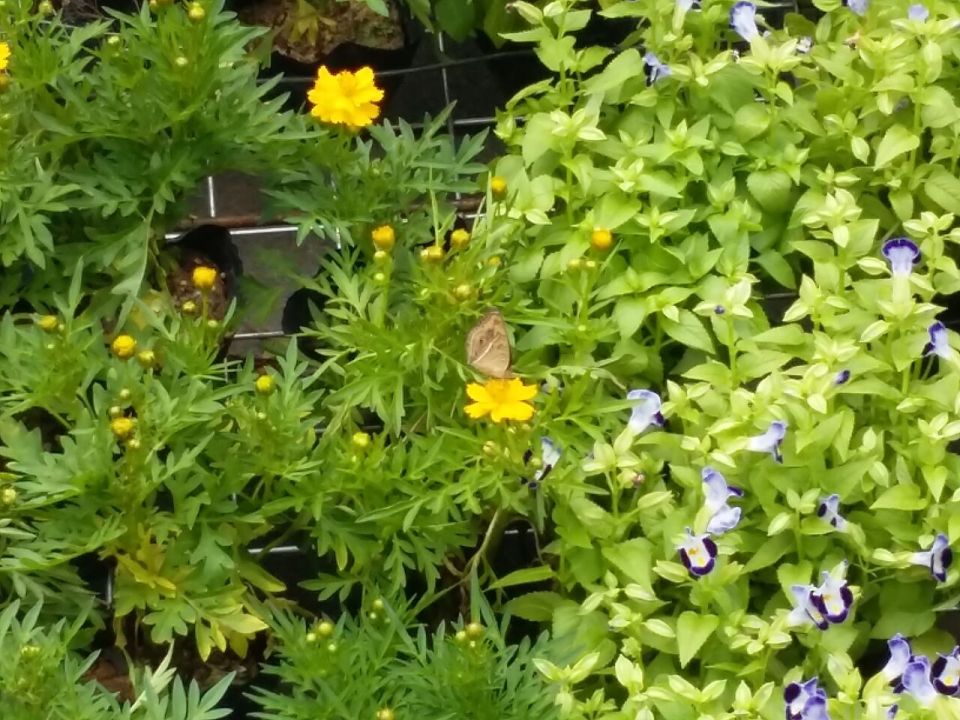 On the way back to my hotel I gatecrashed an international turtle expo.  Who knew turtles were such a big thing in China….? 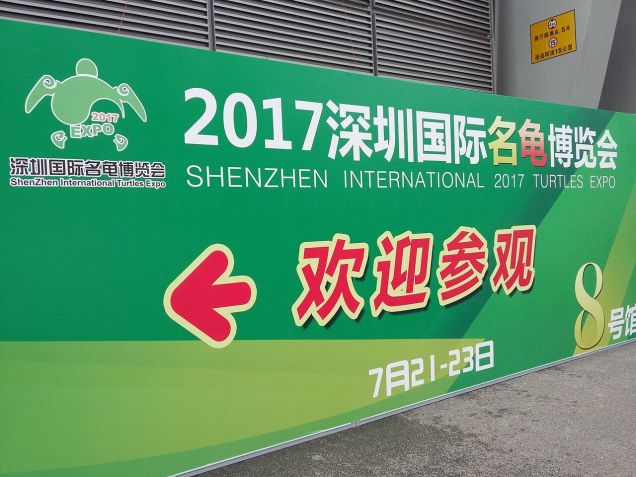 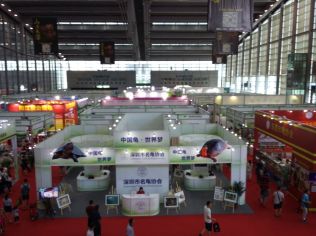 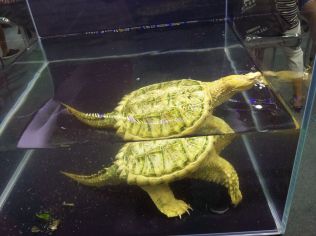 OK, that’s all for now: I have to head back to the convention centre to register, so I’ll leave you with the view I’m seeing from where I’m writing this.  Shenzhen is quite a place and I’ll write more about it later in the week: 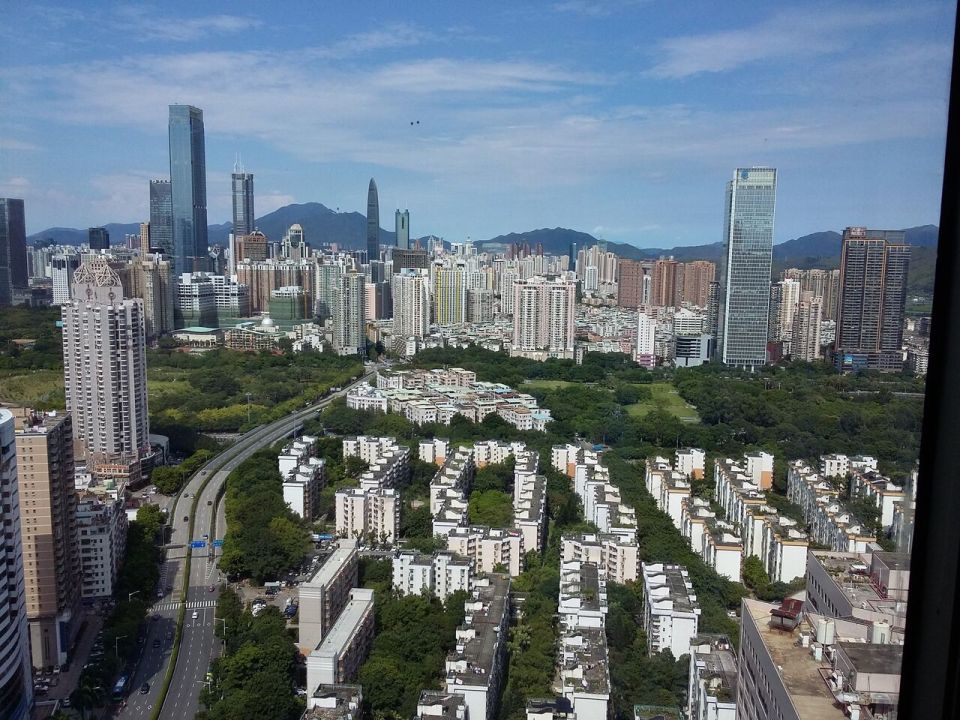 15 thoughts on “6000 scientists can’t be wrong: the International Botanical Congress 2017”