Pesticides and pollinators: some new studies and contrasting conclusions 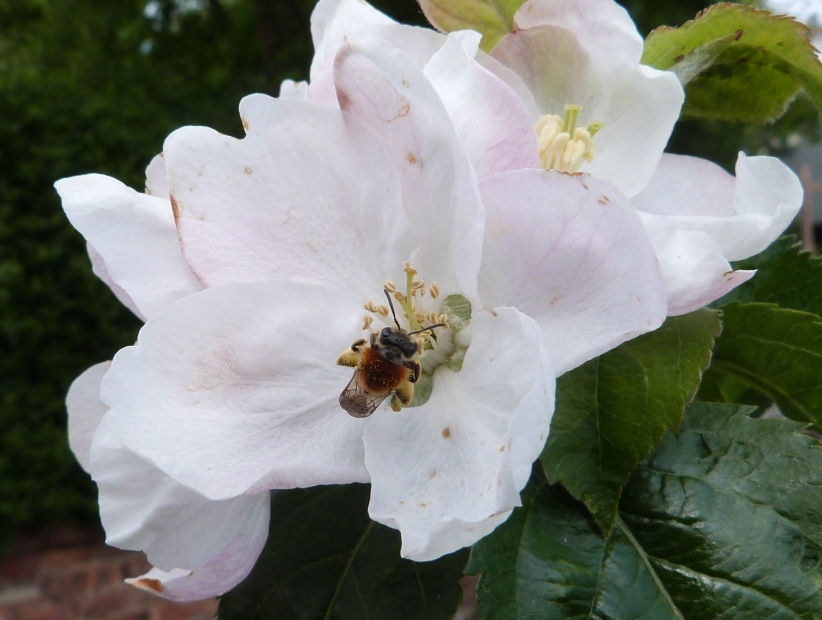 The question of whether or not neonicotinoid pesticides are negatively impacting agricultural pollinator abundance, diversity and behaviour continues to focus the minds of researchers. It’s an issue that has been almost constantly in the news since the earliest suggestions that these pesticides were harming pollinators. These concerns have led to temporary EU restrictions on the use of these chemicals, a decision that was partially over turned this year in the UK.

The past two months has seen the publication of at least five papers on the topic, two of them this week alone.  In this post I want to highlight those papers and provide some commentary.

The first two studies have shown that neonicotinoid pesticides can affect pollinator behaviour, and specifically the memories of both honey bees and bumblebees:

Stanley et al. “Bumblebee learning and memory is impaired by chronic exposure to a neonicotinoid pesticide“.

Subtle behavioural changes such as those documented here are not generally assessed in standard toxicological safety assessments for pesticides, which are mainly focused on whether or not the chemicals kill non-target animals, and at what dosage.  But for plant-pollinator interactions (including agricultural pollination) such changes in pollinator behaviour could be crucial to the effectiveness of the pollinators.  How crucial?  Well up until today we didn’t know; but with the publication of another paper by Stanley and colleagues we now have evidence that the sub-lethal effects on pollinator behaviour can actually translate into an effect on pollination of apple crops:

The study is the first one to my knowledge that tests the effects of field-relevant doses of pesticides on pollinator performance and subsequent pollination services in a commercial farm crop, and adds some valuable hard data to an already heated debate.  The story, embargoed until this evening, has already been picked up by media, including the BBC News website.

To summarise the study: using artificial bumblebee colonies and caged apple trees Stanley and colleagues implemented an experiment in which they tested the effect of two different levels of exposure to a neonicotinoid pesticide on pollinator behaviour and subsequent pollination services to the fruit trees. They found a clear effect of exposure to the higher level of pesticide, resulting in a change in bee behaviour and a subsequent reduction in apple quality.

By way of a contrast, another study this week has focused on the lethal effects of these pesticides.  Henry et al. “Reconciling laboratory and field assessments of neonicotinoid toxicity to honeybees” has shown that although the chemicals are lethal to individual honey bees, the overall impact of the loss of the bees is buffered by the fact that the colonies can simply produce more worker bees to compensate for the losses.  This is interesting but needs to be judged in the context of the fact that honey bees are very unusual and atypical compared to most other pollinators, and indeed most other bees.  They produce very, very large colonies with a unique social structure, and so this compensation might be expected.  These caveats were echoed by some of the scientists asked to comment on the study in media stories such as the one on the BBC News website.

Finally, Godfray et al. have updated their earlier review of the environmental effects of these pesticides with “A restatement of recent advances in the natural science evidence base concerning neonicotinoid insecticides and insect pollinators“.  Given the rate at which new studies are coming out, it won’t be long before a second restatement is required!

Where does this leave the whole debate around pesticides?  Still with firmly entrenched views on both sides I would have imagined.  No doubt the debate will run and run.

Meanwhile, important as it is, the focus on pesticides is in danger of over-shadowing other really interesting studies that might affect how we manage our agro-ecosystems in the UK.  For example, I’d completely missed a paper from the end of September by Pywell et al. entitled “Wildlife-friendly farming increases crop yield: evidence for ecological intensification“.  As far as I can judge from the Altmetric information for the paper, so too had the media: it received no coverage on any of the usual outlets.  But this is important stuff that deserves wider publicity: it’s going to take more than a ban on pesticides to recover some of the biodiversity (at both a species and a habitat level) that we’ve lost due to intensive farming over the last 100 years or so.

13 responses to “Pesticides and pollinators: some new studies and contrasting conclusions”