One of the most frequently encountered of hoverfly species in urban gardens is the beautifully named Marmalade hoverfly (Episyrphus balteatus).  This insect is a “true fly” of the order Diptera that is sometimes confused with superficially similar wasps (order Hymenoptera), though (as the common name suggests) the species is translucent orange and black in colour rather than waspish yellow and black.  It also has a very flat abdomen whereas wasps are rounded, and they certainly don’t sting.

Individual insects are relatively ineffective as pollinators – they are small and not very hairy, so carry little pollen compared to bumblebees for instance.  However they can be extremely abundant and that abundance makes up for any individual ineffectiveness.  It’s a real generalist, visiting lots of different types of flowers, and in my garden they visit radishes (as I noted last year) and raspberries.

I often see individuals patrolling crops such as runner beans, not visiting the flowers but laying eggs on leaves and stems: the larvae of the Marmalade hoverfly is carnivorous and feeds on aphids, so it plays an interesting dual role of both pollinator and pest controller.  Definitely a gardener’s friend! 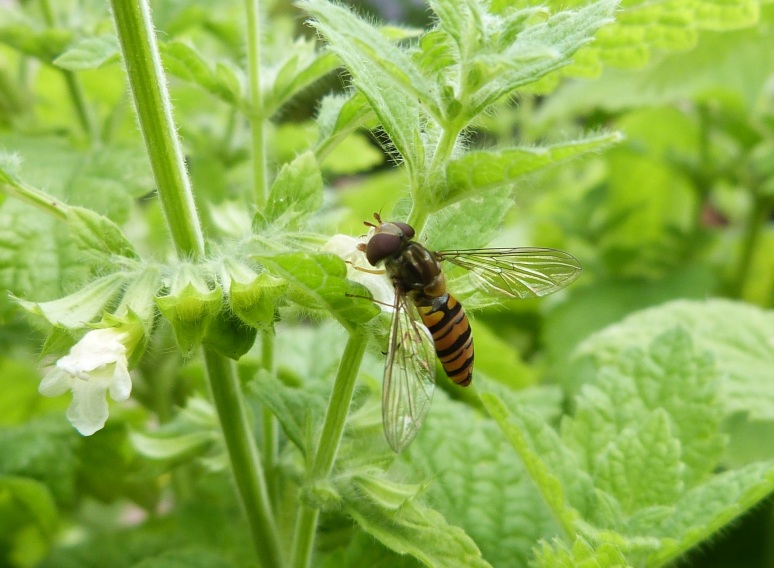