Not all of the poetry that I write – such as these pieces – is serious and high-minded, some of it is whimsical, funny, or just plain dumb.  Today I taught a morning class on flower structure and pollination, so in its honour here’s an example of the latter:

“Don’t become a gardener – there’s no fuchsia in it!”

Not a great pun, but I’ve heard worse.

However, it may be pedantic, but I have to point out

That the genus Fuchsia was named in honour of Leonard Fuchs

(A sixteenth century Bavarian botanist, as you ask).

His name is pronounced as a definite, Germanic “fucks”,

Not a prim, Victorian “fewsh”. 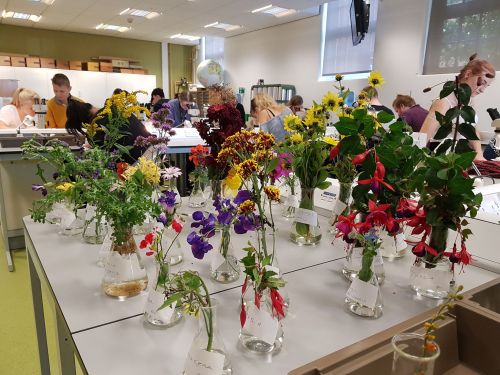 4 responses to “A bad botanical pun”