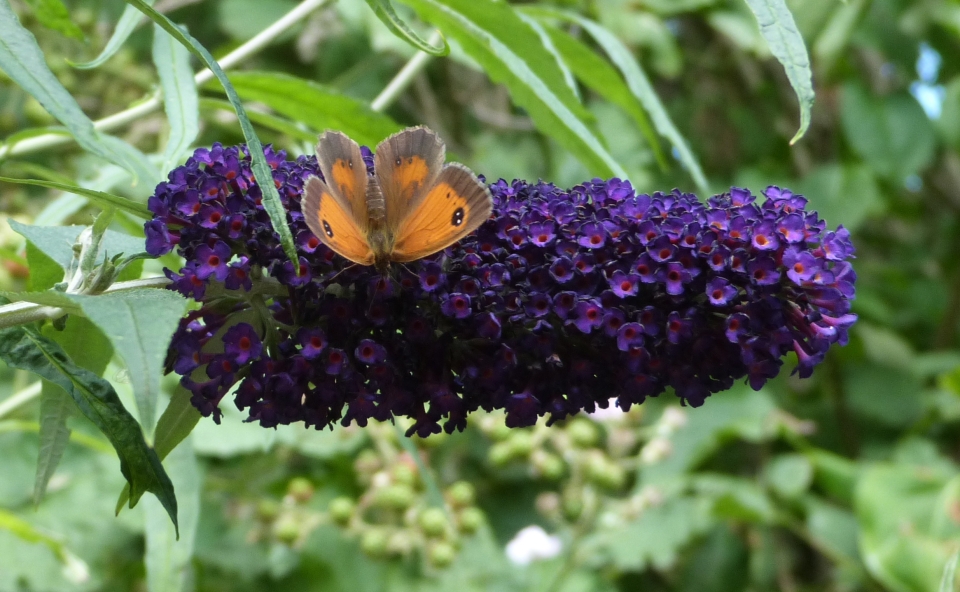 Following hot on the trail of the raft of recent papers that I highlighted on the blog last week comes a new study by Andre Gilburn and colleagues entitled “Are neonicotinoid pesticides driving declines of widespread butterflies?“.  The paper is open access and published in the journal PeerJ which encourages post-publication comments and review of the work.  I see that Tom Oliver of the Centre for Ecology and Hydrology has started the ball rolling with a couple of questions, and hopefully more will follow, with responses from the authors.

The paper focuses on the fact that between 2000 and 2009 there was a 58% decline in butterfly abundance on farmed land in the UK despite a doubling of spending on conservation in the UK over the same period, much of it on agri-environmental schemes on that very same farmed land.

Using a statistical modelling approach the authors conclude that the introduction of neonicotinoid pesticides in the mid-1990s is strongly implicated as a likely driver of those declines.  My immediate question on reading the paper was: “What were the trends like before the mid-1990s, and did the rate of decline change significantly after that period?”

The authors don’t directly answer the question but it seems to me to be quite an important one to answer because abrupt changes in rates of decline in the abundance and diversity of species can be linked to broader changes in, for example, land management and agricultural practices, as we showed recently for bee and wasp extinctions in Britain.

So I looked for the data that would tell me whether the trend had changed and found what I needed in the UK Butterfly Monitoring Scheme annual report for 2014.  Here’s a screen grab of Figure 3 from the report:

I’ve marked the point at which neonicotinoid pesticides were starting to be widely used in UK farming with a black line.  As you can clearly see this is also roughly the point at which the abundance of the 24 “Species of the wider countryside” begins to trend downwards.  In comparison, the 26 “Habitat specialists” show much less of a change, and in fact their initial decline was much earlier (in the 1970s-80s), possibly in response to loss of species rich grassland and ancient woodland.

Of course I’m just eyeballing the data and it needs to be tested statistically to see if there really is a break point in the trend at the mid-1990s, but this ought to be possible for anyone with access to the full data set.  Even if this is shown to be the case it’s all correlative (as Gilburn and colleagues acknowledge) and proving causation is difficult.  Nonetheless it looks to me like there’s an interesting smoking gun here that deserves further study.