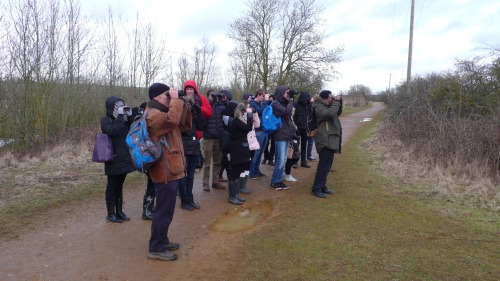 Field trips are a vital component of any university degree course that includes within it elements of ecology, organismal biology, geography or environmental science.  Learning about the natural environment via lectures, books and seminars is one thing: experiencing it first hand is quite another, and adds significantly to a deeper understanding of complex environmental issues such as nature reserve management.  For that reason at the University of Northampton we’ve always strove to maintain as much field experience as possible within our degree programmes, including long field courses to the South-West USA and Tenerife (as I’ve previously documented), day trips to places such as Wicken Fen, and shorter sessions in and around our campus.

An annual winter visit to Summer Leys Nature Reserve has been a feature of our first year undergraduate teaching for many years, and focuses on the bird life to be found in this flooded and restored gravel pit.  Of particular interest at this time of year are the over-wintering waders and wild fowl, for which the reserve has been designated Site of Special Scientific Interest and Special Protected Area status.  The latter is a European-level designation which reflects the international importance of the Nene Valley for bird life.

This year’s trip took place on Thursday, which was initially bright but cold.  The field trip is not compulsory so many students decided not to turn up.  Those that attended had a great time walking the circuit around the reserve, visiting the bird hides, and learning the intricacies of both duck identification and how a site such as this is managed. 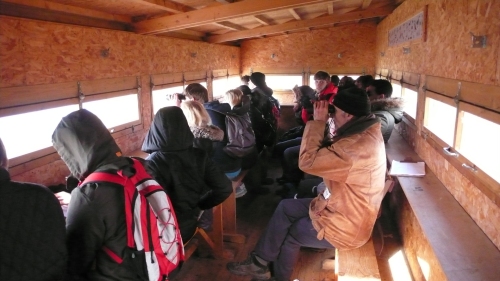 As we walked and recorded I kept a running total of the birds that we identified. Highlights included three Great White Egrets standing together on one of the islands, the greatest number I’ve seen at one time in the county, and an indication of much more common these spectacular birds have become in the last decade, as county bird recorder Mike Alibone has discussed on his blog.  They have bred in Somerset since 2012 and hopefully will do so in the Nene Valley in the not too distant future    You can just make out the birds in the centre of this image: 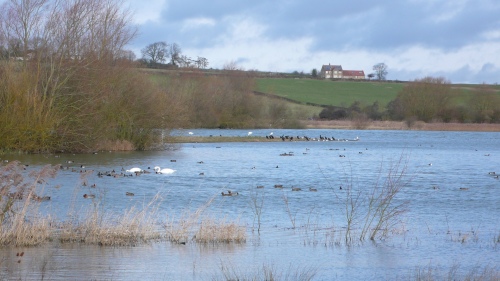 Another highlight was the large number of Bullfinches that we saw foraging along the paths and in the low trees, at least 20, all of which were females.  Some were very confiding and we could approach them to within a couple of metres, such as this one: 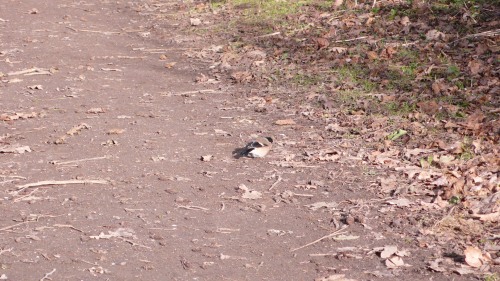 Ducks were plentiful, with good numbers of Wigeon, Gadwall, Tufted Duck and Mallard, fewer Shoveler, a couple of Goldeneye, and a single Pochard.  There were also large flocks of Lapwing and a couple of unidentified waders, possibly Redshank. 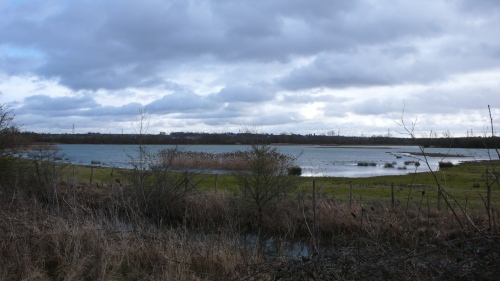 The final total of birds was a respectable 39 species and our half-day trip ended as cold winds brought in heavy cloud, rain and then finally a sudden fall of snow. By which time we were back in the warmth of the campus, enjoying a cup of tea and catching up with emails.