We are so very ‘umble 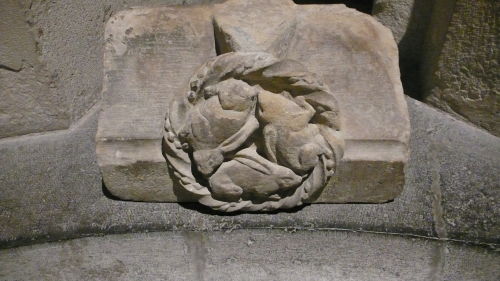 Studying biodiversity can be a humbling experience.  It is humbling to contemplate the intricate ecological context in which species exist, embedded within a matrix of other organisms with which they engage in competition or cooperation or feeding relationships.  It is also humbling to learn that, for some scientists, the focus of their research into ecological complexity and biodiversity is on a single system of species interacting in a single place over a period of decades.

A recent article by Professor Tim Birkhead on the Times Higher Education website illustrates this nicely and conveys beautifully the long term passion and commitment demonstrated by some field biologists and ecologists to research projects.  However I disagree with one of his statements that “….long-term studies are rare. In total there aren’t many more than a dozen or so”.  I suspect that Tim is talking about long term studies of breeding success and population dynamics of vertebrates in the UK.  If one broadens both the taxonomic scale (to take in plants and invertebrates) and the geographic coverage, then there are many, many ecological studies that have continued for decades.  The Park Grass plant community experiment, for example, begun at Rothamsted in 1856, is the oldest ecological experiment anywhere in the world.

Other long term studies are documented in the recent edited volume by Ian Billick and Mary Price – The Ecology of Place.  Highly recommended for its demonstration of the scientific and conservation value of long term ecological research.  Ecology of Place was one of the books I took with me to Tenerife during field work earlier in the summer and I’ve been working through it ever since, absorbed by its chapters more than I can recall in any other edited volume of research.  Some scientists have committed their professional (and sometimes personal) lives to the study of a single locality for over 50 years and the ecological insights from such work have been enormous.  It’s a commitment to the science that I could not possibly mirror; I’m not that kind of scientist.  Whereas I am capable of building up “long term” datasets that span up to 16 years (and counting) these are not the kinds of highly focused, in-depth studies that Mary and Ian have picked for their book.  Perhaps my problem has always been a short attention span and a desire for novelty, like a kid in a toy shop wanting to pick up and play with all of the exciting things on offer.  There’s no single right way to be a scientist (though there are lots of wrong ways).

But back to Uriah Heep and his expressions of ’umbleness.  It’s always been my opinion that  as a society we require some humility when we consider how reliant we are on the processes and resources provided by the biosphere, something that has come to be called ecosystem services, and which I’ve discussed before in a number of blog posts, starting here.  The fact that we rely on the natural world to provide soil nutrients, fresh water, carbon storage, crop pollination, and a whole range of other goods and services, is beyond dispute.  More controversial, however, is the valuation of ecosystem services: how (indeed, should) do we put a monetary value on what nature provides?

A lot of words have been written about these questions in the past few years and recently the writer and environmental activist George Monbiot has weighed into the discussion with an article for the Guardian newspaper that argues that the whole notion of valuation of ecosystem services “diminishes us, it diminishes nature. By turning the natural world into a subsidiary of the corporate economy, it reasserts the biblical doctrine of dominion”.

Now, I have a lot of respect for George, whose writing is always provocative and pulls no punches.  He also puts his money where his mouth is, not least in publicly declaring his earnings.  And on a philosophical level I don’t have a problem with George’s thesis that valuing nature in terms of money is fundamentally wrong; it is wrong, but it’s also the best wrong strategy amongst a whole set of strategies for biodiversity conservation.  Before I explain why, I should also say that I don’t think George argues his case very effectively.  He begins by setting up something of a journalistic straw man in his article by initially claiming that at “a cost of £100,000, [the government] commissioned a research company to produce a total annual price for England’s ecosystems. After taking the money, the company reported….”.

George is presumably referring to the UK National Ecosystem Assessment which as its website clearly states: “was an inclusive process; many government, academic, NGO and private sector institutions helped to design the assessment, contribute information and analyses, review the preliminary findings, and promote the results.”

Not a “research company” then.

George Monbiot also misses the point that spiritual and cultural ecosystem services are explicitly valued within this framework, making a lie of his claim that in the future we won’t ” be able to argue that an ecosystem or a landscape should be protected because it affords us wonder and delight”.  Yes we can, it just so happens that the argument is being framed in economic terms.

Clearly George believes that valuation of ecosystem services is just some neoliberal government/big business conspiracy to rip off the public.  But that’s not its purpose, even if it may be one possible outcome, and one which we must guard against.  As environmentalist Tony Juniper recognises in a response to George Monbiot’s article,  ecosystem service valuation is a serious attempt to value something which has been dismissed by big business as valueless. Regardless of whether the actual monetary values are in any way accurate, it’s backed up by some very sound science and scientists, including some who have the kind of long term commitments to ecology that I discussed above.  Ecosystem services valuation is not perfect but it’s a way forward that should not be dismissed.  It’s an approach that we are using within the Nene Valley Nature Improvement Area project that I’ve talked about previously, most recently with respect to the River Nene.

Those of us who have had an interest in environmentalism and ecology for many years have noticed a slow shift in public attitudes to “green” issues.  What was once the preserve of hippies and tree huggers is now mainstream.  Most people “get” that the environment is important, even if they can’t articulate what that importance is.  There are some, including those good folks currently climbing the Dark Mountain, who believe that despite this mainstreaming of environmentalism, we are still going to hell in a handcart and the future is bleak.  Perhaps we are and it is, I don’t know.  But the valuation of our natural capital and the ecosystem services it provides may be our last chance to save the natural world, including our society and our species.  You will note that I wrote “including” not “and”.  That’s important:  I don’t distinguish between the two because Homo sapiens is part of “nature” – we evolved within and are shaped by this biosphere and nothing that we do is therefore “unnatural”.  Some of our decisions and activities may be perverse and misguided and against the long term interests of both ourselves and the planet we inhabit.  But it’s not against nature.  How can we be against something of which we fundamentally are a part?  Understanding that we are saving ourselves by conserving the biosphere is a more humbling conclusion that any pretence that we have stewardship, or worse dominion, over “nature”.

5 responses to “We are so very ‘umble”