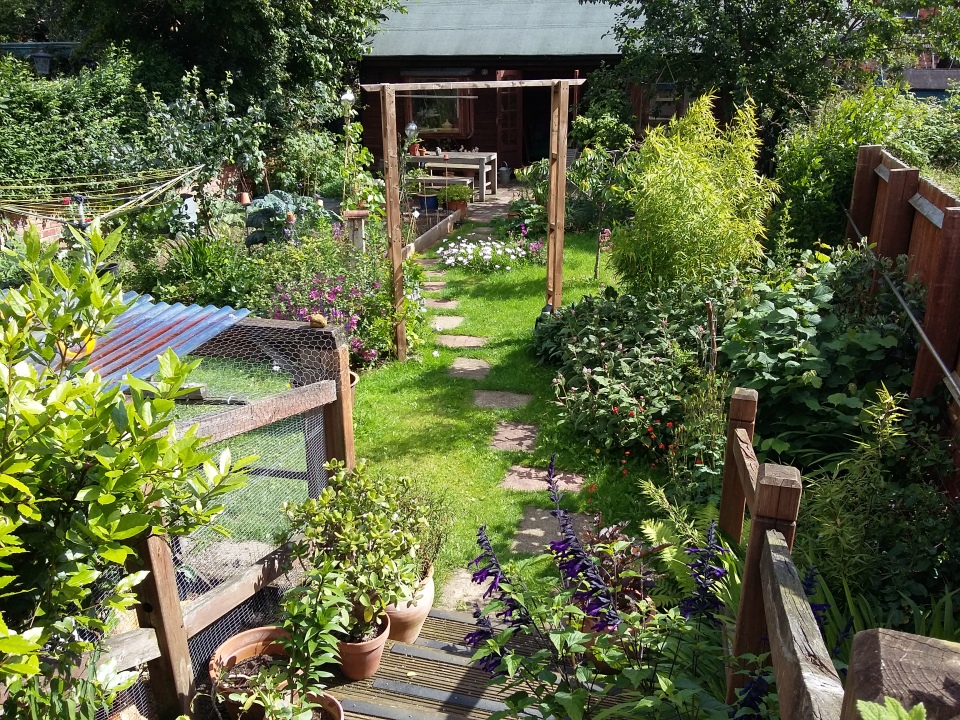 The latest series of the BBC’s flagship horticulture programme Gardeners’ World started on Friday, heralding its 50th year of broadcast – quite an achievement.  I’ve long been a fan, and a few years ago jumped at the chance to take part in one Science in the Garden special episode with Carol Klein (which I’ve posted about previously).  Since Friday I’ve given some thought as to what I get from the programme and have come up with a list of the main reasons why I love watching it:

1.  At its heart, Gardeners’ World is about the main subject of this blog and of my career: biodiversity.  Specifically the programme is centred on the biological richness of wild plants and the diversity of the horticultural varieties that we have created from them, for food and for ornament.  Spinning off from this is the acknowledgement that, although much of it is not native to Britain, this plant biodiversity (and the way in which we manage it in our gardens) can have important positive benefits for the wildlife of our country, including birds, amphibians and reptiles, and insects such as bees and butterflies.  This is particularly the case in urban settings and I’ve noticed a welcome trend in recent years for Gardeners’ World to include more features about city horticulture.

2.  Gardeners’ World has long championed a more environmentally friendly approach to horticulture, bringing in ideas about using peat-free compost, minimal use of biocides, recycling and upcycling, composting, and growing your own food, long before any of this became fashionable.  Indeed there’s a strong argument to be made that earlier presenters such as the late Geoff Hamilton were responsible for such fashions gaining mainstream exposure, influencing the habits of millions of people in Britain.  That kind of influence should not be under-estimated.

3. Gardeners’ World reminds me of my dad, who died in 1996.  I can recall him watching it back in the 1970s when Percy Thrower was the presenter and my dad had an allotment a short walk from our small terraced cottage house, with its tiny concrete backyard.  Some of my earliest memories of plants and nature relate to that allotment: a huge rambling rose along the fence; a greenhouse made from old window panes, filled with the rich scent of tomatoes; a toad that dad put in that greenhouse to eat the slugs; rainwater tanks hosting little communities of wriggling insect larvae.  After the allotment plots were cleared by the local council and sold for development my dad erected a greenhouse in the backyard, and grew shrubs and bedding in large pots.  In the early 1980s this was joined by a second small greenhouse for my cactus and succulent collection, many of which I still have.  Some of the best stories in Gardeners’ World are as much about people and their relationships with one another and with their gardens, as they are about plants and gardening per se (see also number 5, below).

4.  Despite having watched the programme for many years I still get new things from it.  Each season I gain inspiration for new plants and new ways of working with the garden that Karin and I are developing here in Northampton, which I’ve talked about quite a few time; see for example:  Renovating a front garden…, my post about Scientists and gardens, and the series I did on pollinators in the garden for Pollinator Awareness Week.  Gardeners never stop learning.

5. Being from the north of England I’m intrigued by the linguistic links between that part of our country and Scandinavia, particularly shared words such as “bairn”, and place-name elements such as “holm”.  Karin is Danish and these connections of language are something we often discuss.  Recently she pointed out that the Danish word for garden is “haven”.  Although it’s not pronounced in the English manner that word is probably the best single way of describing how I feel about our garden; it’s a haven from from the outside world, a place of rest and security, contemplation and physical activity, emotionally supporting us, and providing resources and space for the wildlife that uses it.  Although we don’t do much work in the garden during the winter, each year the start of a new season of Gardeners’ World reminds me of the pleasures to come in our own haven.

Of course there are sometimes things that irritate me about the programme: it can be a bit too cosily middle class at times, occasionally the advice offered can be simplistic or inaccurate, and some of the “scientific” trials of plant varieties lack rigour and replication.  Nonetheless, it’s a programme I have grown up with and one that I love to watch.  Happy Anniversary Gardeners’ World, here’s to 50 more years!

16 thoughts on “The Danish for garden is “haven”: five reasons why I love Gardeners’ World”