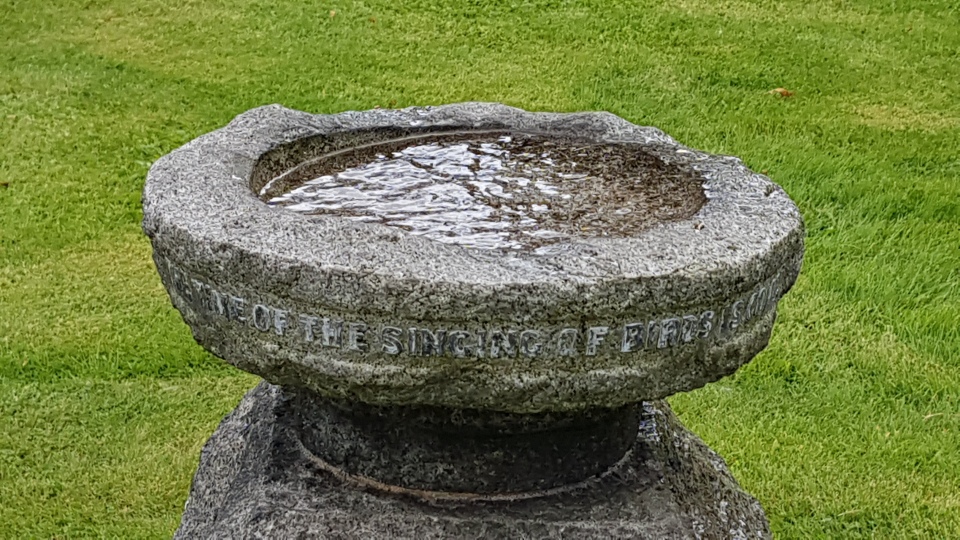 Yesterday Karin and I took the day off and explored an area along the Nottinghamshire/Leicestershire border with friends.  In the small village of Normanton on Soar we found a very unusual headstone in the churchyard, carved in granite and surmounted by a bird bath.  Around the bowl some lead text reads:  “The time of the singing of birds is come”

The bowl was empty when we arrived so I filled it: it’s going to be a hot weekend and the birds might appreciate it.

The headstone marks the burial place of Edward Hands and Ethel Maud Hands, presumably husband and wife; the smaller marker commemorates Derek Hands (their son?).  None had a long life; Edward was 42 when he died, Ethel 56, and Derek just 36.  The headstone was erected originally for Edward (who pre-deceased his wife by 20 years) so perhaps it was he who was keen on birds?

I’ve never seen a headstone in the form of a bird bath though I can’t believe that it’s unique: does anyone know of others?

Here’s the full grave; it was only after I took the picture that I noticed the feather. 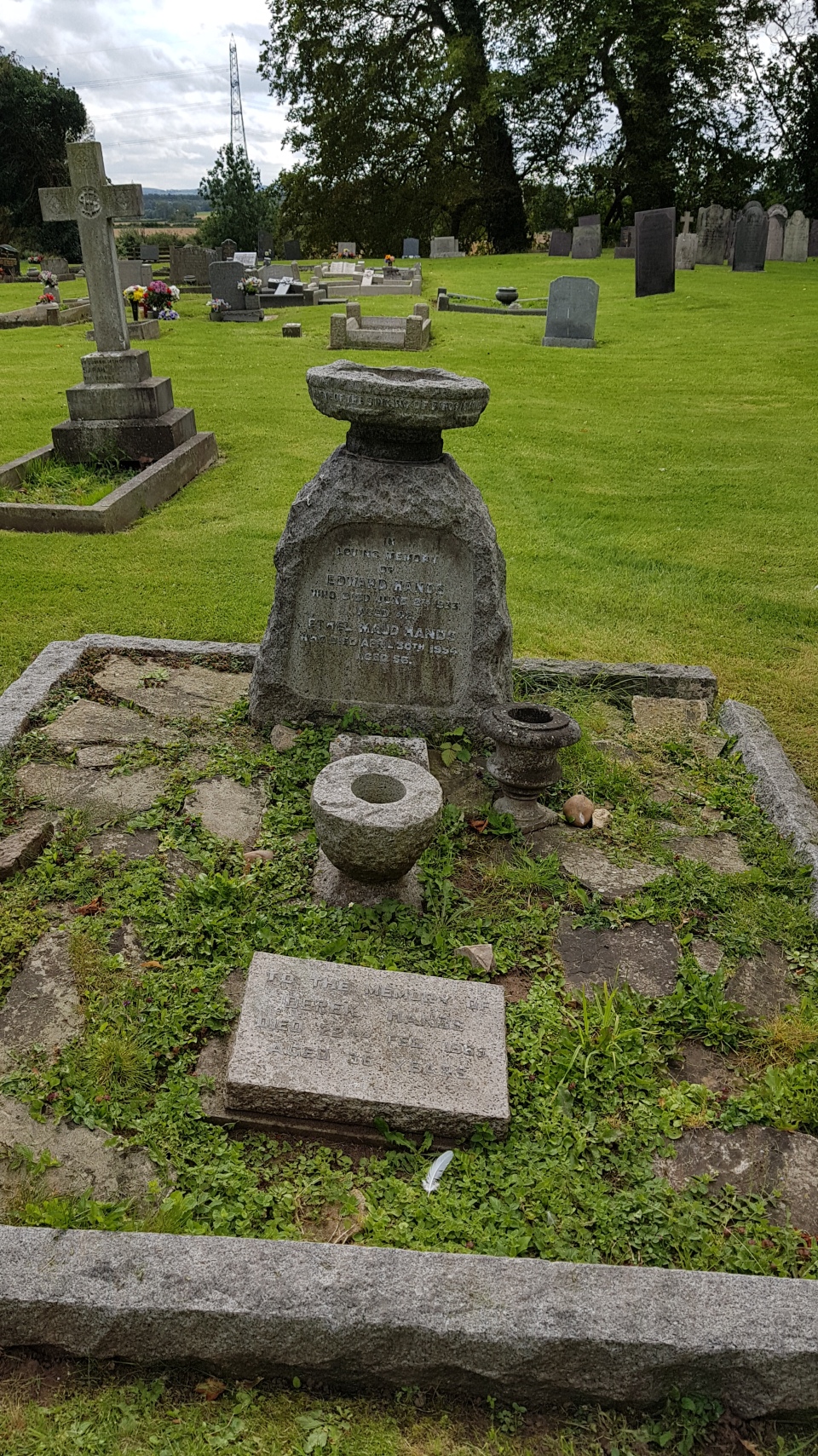 The text around the bird bath is from the Bible, the Song of Solomon 2:12.  The fuller version is:

“The flowers appear on the earth; the time of the singing of birds is come, and the voice of the turtle is heard in our land.”

We didn’t hear any turtles, but here were plenty of flowers around the village, including a buddleia that was smothered in very fresh looking painted lady butterflies that are likely to have been born nearby rather than migrating over from the continent: 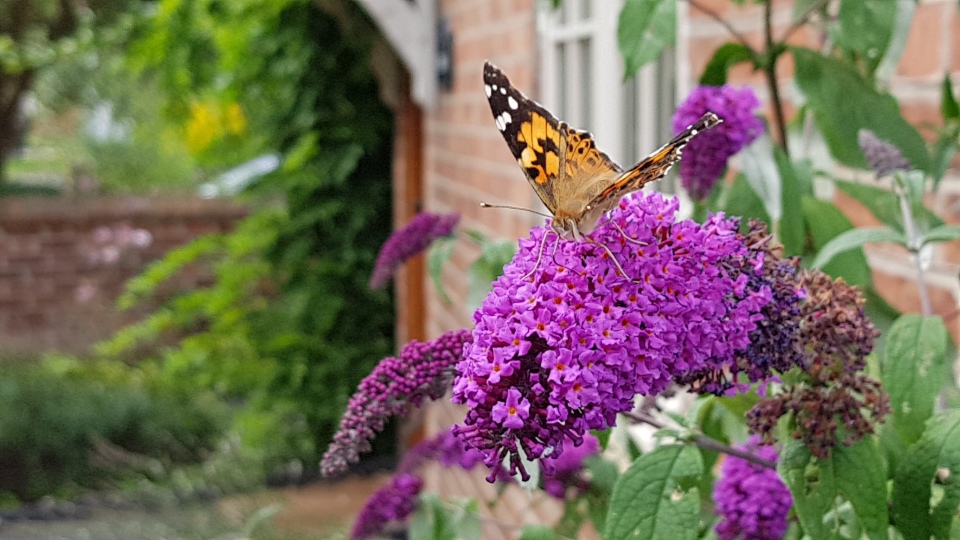 It was also a time of bees such as this very active feral honey bee colony in a lovely 15th century  timber framed house:

A feral honey bee colony in the Old Post Office, Normanton on Soar, Notts. The building dates to 1454. #bees pic.twitter.com/XZw48K29il