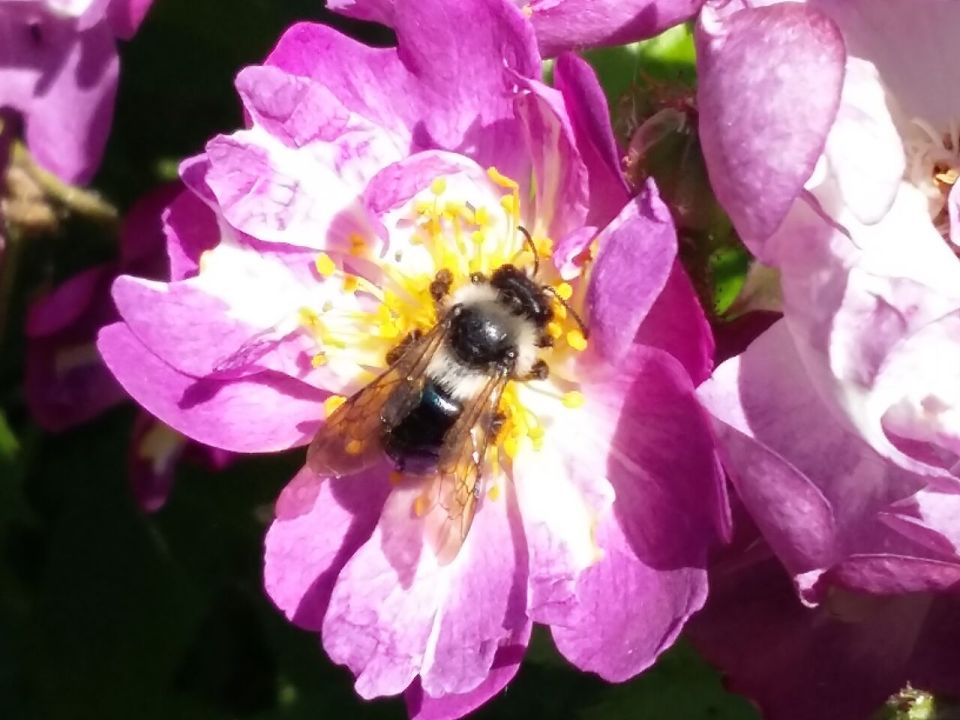 Yesterday on Twitter Prof. James Bullock from the Centre for Ecology and Hydrology posted a slightly provocative tweet asking: “why pollination is so often called an ecosystem service. To my mind it is an ecosystem process which can, in some circumstances (e.g. crop pollination), support services such as food provision”.

I confess to being a bit surprised to see this; I’d always referred to pollination (at least by animals) as an ecosystem service, and it’s classified in that way in large status-and-trend reports such as the Millennium Ecosystem Assessment and (more recently) the IPBES Assessment Report on Pollinators, Pollination and Food Production which describes animal pollination as “a regulating ecosystem service that underpins food production and its contribution to gene flows and restoration of ecosystems”.

The crux of James’s question is illustrated in this diagram from a paper by Prof. Georgina Mace and colleagues in 2012 entitled Biodiversity and ecosystem services: a multilayered relationship.  However note that even here, pollination straddles the line between ecosystem processes and services:

My initial response to James’s tweet was that animal pollination is really a community process as the interaction, and its outcomes, between animal and crop plant is dependent mainly on species diversity and abundance.  Remember, an ecosystem is the sum of the biotic (i.e. community) plus abiotic (e.g. energy, water, mineral nutrients, etc.).  So as far as crop pollination is concerned, the abiotic components of an ecosystem don’t really come into it except in as much as they influence diversity and abundance of all life on Earth.  This is in contrast to more strictly ecosystem processes that link directly to the abiotic factors, such as primary productivity and soil formation, that then support ecosystem services.

If you’d like to follow that discussion, which has some interesting contribution from a range of people, here’s the link:

Thank for the responses. Some people feel we can be vague about definitions. But others do not and the conclusion is (as @GMMace responded): “I prefer the simpler processes/services distinction in which pollination is a process.”

But ultimately I feel that these are fairly arbitrary definitions across a continuum of causes and effects: we know what animal pollination of crops and wild plants is and why it’s important, so what we call it doesn’t really matter, does it?  Other things are much more concerning.  At the moment the UK is experiencing unprecedented weather: for the first time ever, earlier today, a temperature of in excess of 20 Centigrade has been recorded in winter.  It currently feels more like late April or early May than February.  I’m already seeing a lot of pollinator activity in the garden and beyond, and each day more plants come into flower, far earlier than expected.

The current and future effects of such changes in the climate are far more important than discussions of the semantics of processes versus services, however interesting that might be.

It's reached 20.3 °C at Trawsgoed, Ceredigion making it the UK's warmest February day on record. It's also the first time we've recorded over 20 degrees in winter pic.twitter.com/naGaJbjjWS

4 thoughts on “Is pollination really an ecosystem service?”