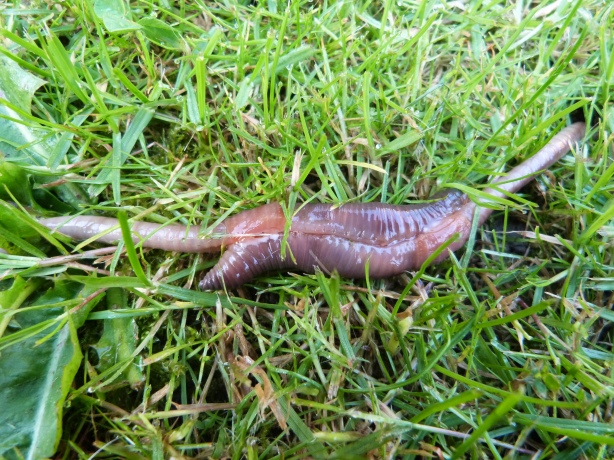 This morning I woke early and slipped quietly outside to enjoy the bird song and to let the chickens out of their coop.  The air was cool and the garden fresh and damp.  Slugs were scattered across the lawn heading back to their dark crevices after a night of scoffing our plants, so I decided to round up as many as I could find as a snack for the chickens.

I’d collected about 30 when I spotted something glistening with mucus that was clearly not a slug: two common European earthworms (Lumbricus terrestris) were engaged in some hermaphrodite sex, male/female to male/female.  It was a personal, intimate moment that I felt I should not be witnessing, but I had to watch.  It’s an event that usually takes place under the cover of darkness and one sees it so infrequently; these lovers were clearly caught up in the moment and oblivious to the daylight.  Like a paparazzo who can’t believe what he’s stumbled across, I rushed inside to grab the camera.

Worm sex is quite a complex process involving the mutual transfer of sperm between individuals, which I think may be within that white, milky fluid you can see in the close-up below.

Suddenly the worms sensed I was there and they rapidly separated and slipped back into their respective holes, perhaps to replay the passion tonight?  I hope so: the garden needs as many worms as possible to aerate and turn the soil, and take leaves and other organic matter down into the depths.  They are incredibly important in traditional agricultural systems: Darwin famously wrote a two-volume treatise on earthworms and concluded that: “It may be doubted whether there are many other animals which have played so important a part in the history of the world as these lowly organised creatures”.

There you have it, worm sex for the weekend.  Amazing things happen in our gardens. 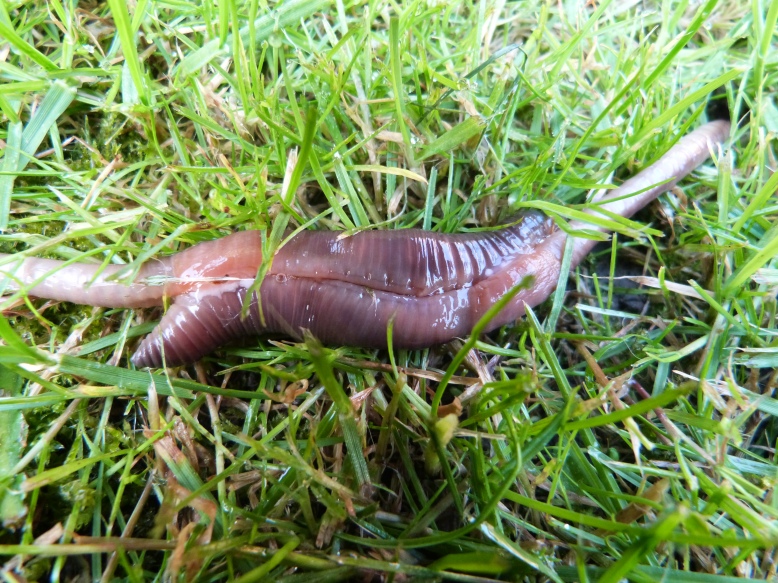